Named for its appearance, Lijiang's Saddle Mountain (马鞍山) offers another distinctive profile on the city skyline. Its twin summits, nearly equal in height, rise due west of the city center, and just six kilometers north of Wenbi Mountain (文笔山).

This hike presents similarly wonderful and wide-ranging vistas. Two routes are available, the north ridge and the east face, making a loop hike an attractive option. As a side note, the Lijiang-Shangri-la High-Speed Railway, currently under construction, tunnels underneath Saddle Mountain.

Friends from Lijiang (丽江) accompanied me. This was their first mountain ascent ever, but they knew their wild edibles. Low on the mountain we gathered acorn-like nuts off the ground. After cracking away the husks with our teeth, we removed and consumed the inner pulp. I found the taste slightly bitter. The Chinese name for them is xianglizi (橡栗子), which translates to 'oak chestnut'. Near the saddle between the two summits, massive piles of the spherical nut covered the ground, acting like marbles under our feet. We slid and danced that day!

Near the south summit — the higher of the two — we encountered large piles of pine cones. Apparently, local residents extract pine nuts — called songzi (松子) — from the cones, discarding the empty ones, leaving the piles behind. We tried it ourselves, beating cones against a rock and picking up the nuts that fell to the ground. Not very efficient but oh, those wild nuts tasted delicious.

From a factory (discussed below), a dirt road leads in a westerly direction towards the north ridge of the mountain. Utilizing any of the various paths along the way, stay to the right of a small ravine that cuts through the lower part of the ridge. Above the ravine, work your way left and ascend to the ridge crest.

Follow the ridge to the north summit, encountering many lookouts and vistas along the way. Scrambling and use of the hands may be required depending on the route chosen. Descend to the saddle and make the final ascent to the slightly higher south summit. For the descent, retrace the ridge or hike down the east face.

Hiking from the factory to the north summit takes between two and three hours. Then, from the north summit to the south is another 30 minutes. The elevation gain for this hike is 600 meters, with the summit perched 2,990 meters above sea level. 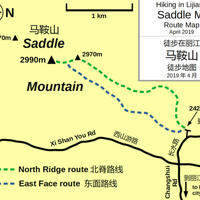 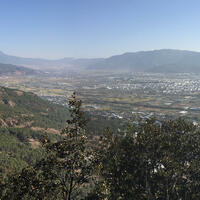 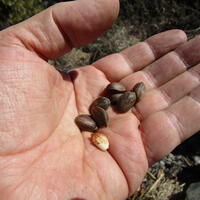 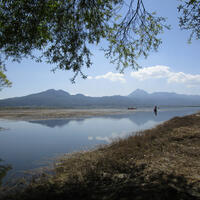 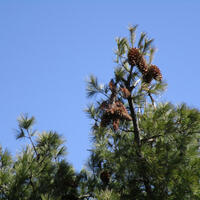 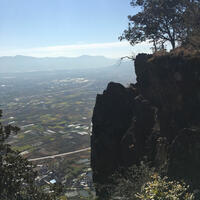 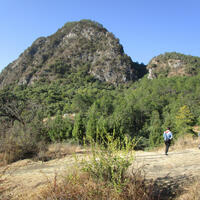 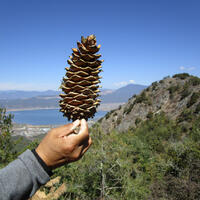 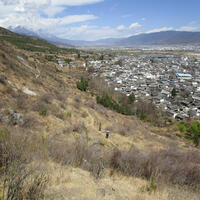 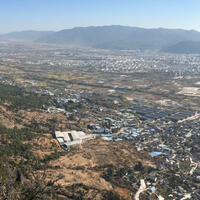 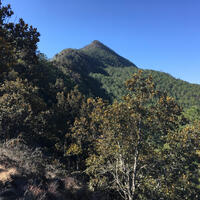 This route makes possible a loop, up the north ridge and down the east face, or vice versa. The path begins at the saddle between the south and north summits and heads east towards the city. Another path at the saddle heads west toward Lashi Lake (拉市海). You might encounter deposits of oak chestnuts covering the ground. Hiking poles can save you from many a spill!

Descend steeply and admire a much different aspect of Saddle Mountain than is found on the north ridge. Lower down the route turns north, skirting residential buildings and an area of tombs before arriving back at the factory, the starting point of the North Ridge Route. The descent from the south summit to the factory below via the east face route takes 1.5-2 hours.

Getting to Saddle Mountain

By car, head west out of Lijiang on Route S308, known locally as Changshui Road (长水路). Cross Shuhe (束河路) and Qinglong (青龙路) roads. The next major intersection crosses Xishanyou Lu (西山游路). The road continues straight ahead a short distance and then curves to the right.

Several hundred meters after the last mentioned intersection there is a gas station on the left. A side road leaves left just before the station, leading in a couple hundred meters to a factory. Ask factory personnel where to park, as large trucks ply the narrow road here. If you'd like to take public transportation, public bus service is available on Changshui Road.

Pieter Crow is authoring a series for GoKunming about hiking in Lijiang. For more, see his two-part article on circumambulating Haba Snow Mountain, as well as his explanation of where and how to hike Elephant Hill and Wenbi Mountain just outside of Lijiang Old Town.