In the early 1990s the Chinese government nominated Lijiang's old town of Dayan (大研) to be recognized as a UNESCO World Heritage Site. At the time, Dayan was the last major traditional urban entity in southwest China. It was basically an autonomous town, whose 50,000 or so Naxi(纳西) inhabitants grew their own food, brought in their own fuel, organized their own markets, got water from the streams that ran through town and were dependent on the outside for basically just electricity.

Life in old Dayan ran pretty much the same way it had for centuries. All but a handful of its buildings were in the traditional Chinese style, characterized by red wooden walls, stone foundations and tiled roofs. In terms of Heritage Site qualifications, Dayan lacked nothing.

But in the spring of 1996, much of the town was leveled by a magnitude 7.2 earthquake. Dayan was then steadily rebuilt on a grand scale using traditional architectural flourishes and incorporating features like canals, parks and public squares. Today, it is one of the most visited destinations in China, and a large modern city has grown up around it. Dayan maintains its ancient traditions with pride, while also offering up some of the best dining and accommodation options available in Yunnan. 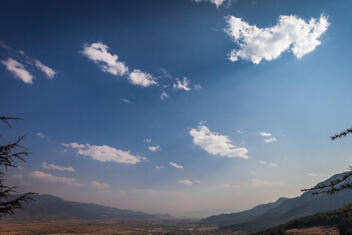 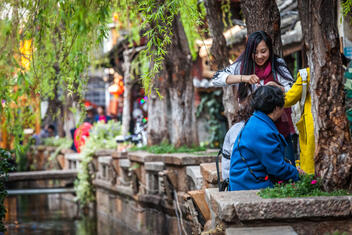 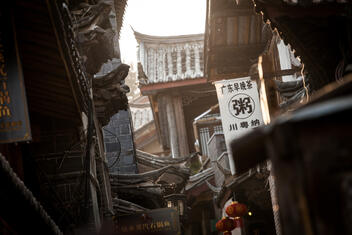 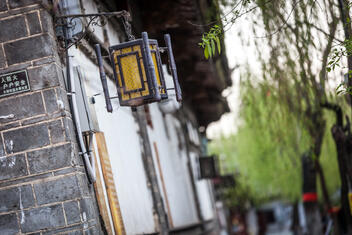 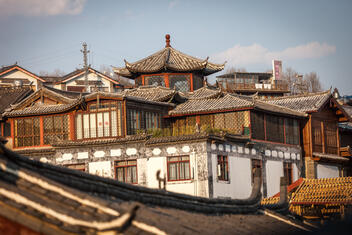 Though the village is only an hour’s drive …

Yijingwan Boutique Guesthouse is in the center of …

Lijiang Jingyue Inn is next to Sifang Jie …

Been to LiJiang old town few years back, there are so much to do there. The night view is attractive, the people here are kind. I love it here so much and I definitely want to go back once I found some free time, and I will bring more friends with me to explore the city this time. I can' wait.
Plenty to do here: wander, shop, eat, drink explore. Yes, it is a bit overbuilt and at peak travel times the crowds can be a little overwhelming. These drawbacks are easy to get around with a bit of exploring and, getting lost even. And that's what traveling is all about, right? Local culture is still strong, the 'old' feel resonates. There's a reason this city is one of China's most visited.